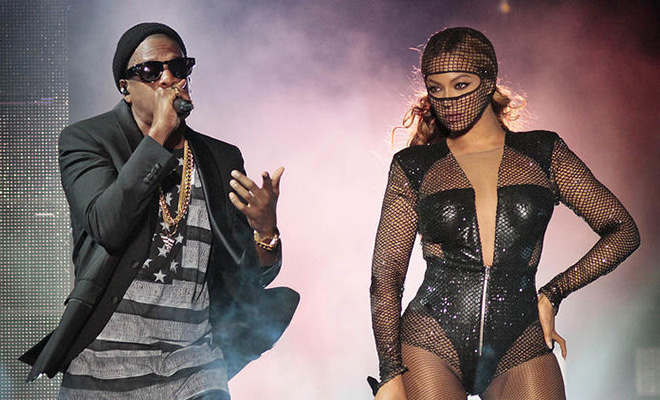 Pasadena police arrested nearly a dozen people during Beyoncé and Jay Z’s concert for their “On The Run Tour” at the Rose Bowl Saturday night (Aug 2).

Among those arrested was 25-year-old Roberto Alcaraz-Garnica, from San Diego, who allegedly bit a man’s fingertip off after groping the victim’s girlfriend.

According to Pasadena police Lt. John Luna, eight people were arrested for public drunkenness and two others were jailed for ticket scalping.

Alcaraz-Garnica was arrested on “suspicion of sexual battery and mayhem, legally defined as disabling or disfiguring a part of a victim’s body.”

From the Pasadena Star-News:

The alleged attack occurred after Alcaraz-Garnica groped a woman in her 20s, Luna said.

“The suspect sexually assaulted the female victim,” he said. The woman’s boyfriend confronted the alleged groper, and a fight ensued.

“During the altercation, the suspect bit the victim, causing serious injury to his finger,” the lieutenant said. “He lost the tip of one of his fingers.”

Police took the suspect into custody at the Pasadena Police Department’s jail, where he was being held in lieu of $100,000 bail pending his initial court appearance.

About 55,000 people were estimated to be in attendance at the concert, which continued with a second performance the following Sunday night.