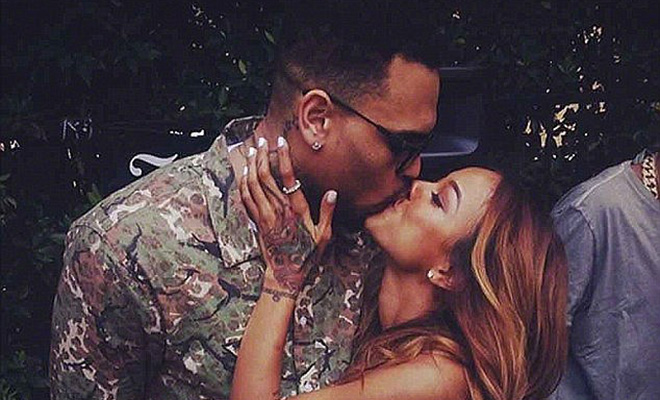 Chris Brown broke up with Karrueche Tran because she is an opportunist … or at least that’s what the singer’s camp says.

Over the weekend, TMZ reported that Karrueche had called things off with Chris over him liking two fan photos of him and Rihanna together. But more importantly, Karrueche was tired of Chris not acting like an adult and partying all the time instead of focusing on his career.

Since the story broke, sources from Chris’ side have fired back saying that it was actually Chris who dumped Karrueche after he caught her texting and sending photos to other guys.

Chris also wasn’t too fond of Karrueche going behind his back doing interviews about their relationship and decided she was an opportunist.

Chris is shocked Karrueche’s people leaked a story that she dumped him, allegedly because of a never-ending obsession with Rihanna and refusal to act like an adult.

But Chris’ people tell us … he found out she was texting and sending photos to other guys while they were together. He was also furious she did interviews for her clothing line and talked about their relationship.

In a word … Chris decided she was an “opportunist” and dumped her.

There are always two sides to every story … whose do you believe???