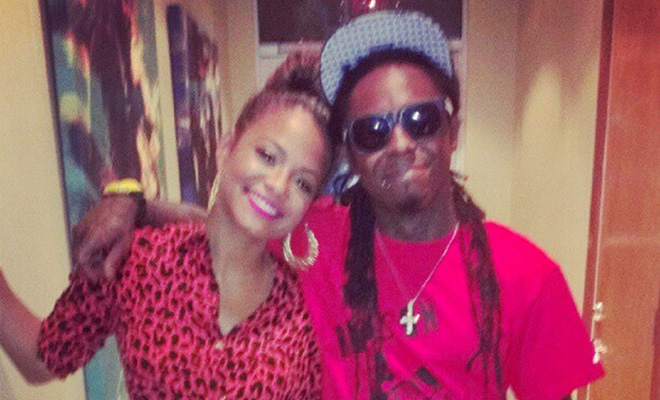 Lil Wayne is continuing to fuel rumors that he and Christina Milian are dating.

Earlier this week, Weezy and Christina made an appearance at popular L.A. nightspot Supperclub for Mack Maine’s birthday, and while there, Wayne got on stage and gave a special shout out to his team and “my baby,” and we all know he’s not talking about Birdman.

Now … either we’re bat sh*t crazy or Wayne is letting the world know his relationship with Milian may be more than a professional one.

Leaving the club, Wayne (who’s known to be a member of Bloods gang) was confronted by a member of the Crips gang.

“What’s up big man? What’s happening. You better check in n*gga. This crip n*gga.” The man said while bodyguards held him back before he proceeded to kick Wayne’s car.