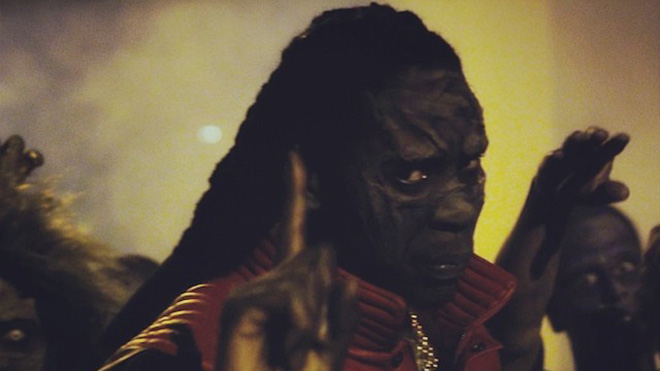 2 Chainz recreates Michael Jackson‘s iconic “Thriller” video in his own video for “Freebase.”

While Uncle Tity Boi may not have been the first artist you would have thought would dress up in MJ’s legendary red and black zipper jacket, the Hairweave Killer actually pulls the look off, all while showing off his acting chops before turning into a zombie just like MJ.

“Might need a movie gig after this,” 2 Necklaces tweeted when teasing the video debut last week. Earlier this month he tweeted that the clip was “hands down best video I’ve Ever shot!!!”

The song is the title track from his EP of the same name. At the beginning of the video, the rapper shares a message stating that the recreation is a salute to the King of Pop:

“This video is for entertainment purposes only and dedicated to one of my favorite artists. In no kind of way is it our intent to disrespect the legacy of the greatest entertainer of all time.”