GOSSIPONTHIS.COM Celebs Has Robin Thicke Finally Accepted That His Marriage Is Over? (Spoiler: Yes) 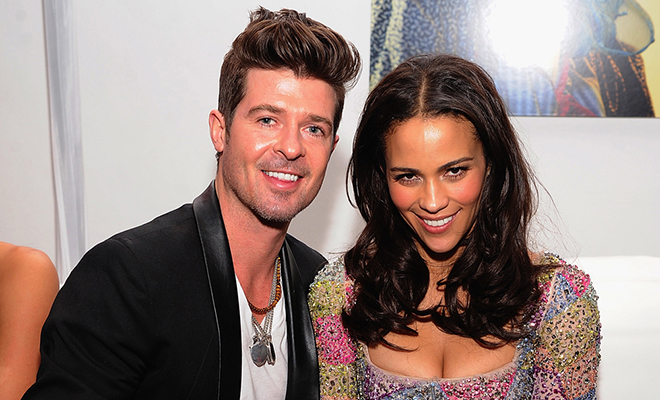 It looks like Robin Thicke has finally given up on saving his estranged marriage with Paula Patton.

Since their split, Robin has been trying everything possible to win back Paula’s heart, even going so far as to naming his latest album after her. An album that hardly no one bought.

But now it seems Robin has gotten enough and on Monday put their Bel Air home up for sale.

Thicke certainly gave a strong sign the union is over by listing his L.A. home Monday. Paula has not lived in the house since their separation in February, after that grab-ass pic became public.

Our sources say, however, neither side has hired a divorce lawyer.

Thicke is saying he will NOT be the one who files for divorce … she’ll have to do it. But he says he’s done begging and is moving on.