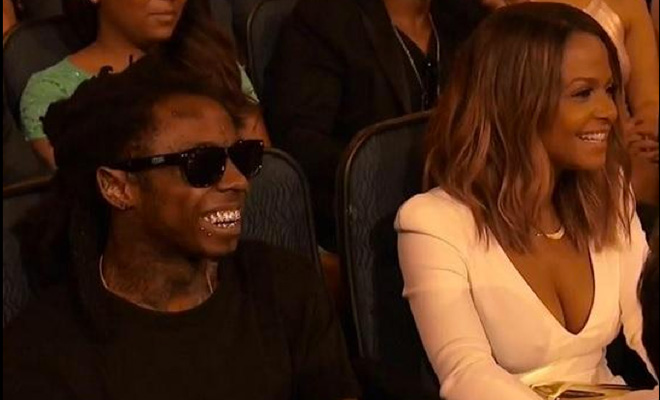 Christina Milian is letting it be known that she and Lil Wayne are not hooking up.

Dating rumors sparked after Christina and Weezy were seen holding hands at the 2014 ESPYs looking like a happy couple.

TMZ managed to catch up with Milian over the weekend at Chris Brown’s celebrity kickball game and asked her about her “relationship” with Wayne.

“We make music together. I’m finally around my record label and have the opportunity to make music,” Christina, who recently signed with Wayne’s Young Money Entertainment label imprint, said.

When asked if she would ever date a manager or producer, Milian replied, “You never know.”

We could see Lil Wayne and Christina Milian coupling up. What do you think?