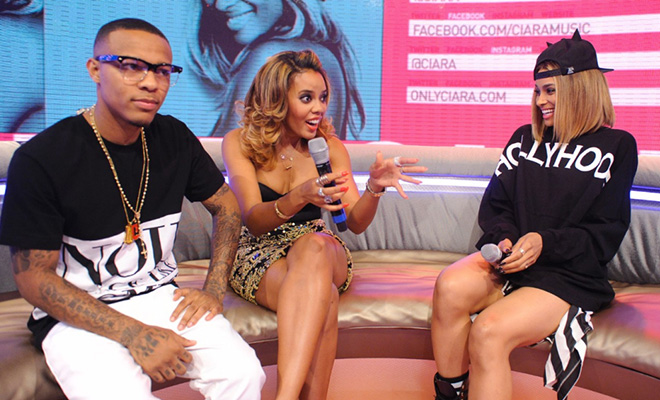 Bow Wow rarely shies away from talking about his past relationships, so it wasn’t surprising to see him putting his former girlfriends’ bedroom skills on blast on TV.

The BET host/rapper recently made an appearance on an episode of MTV’s “Wild N Out,” where he played a game called “Plead the Fif,” in which participants must tell the truth, the whole truth and nothing but the truth … or risk losing a point to the other team.

While playing the game, Bow — who recently announced that he’s going by his real name Shad Moss from now on — was asked which one of his exes had a “better head” on her shoulders: Ciara or Angela Simmons aka “Rev. Run’s Daughter.”

Instead of pleading the fifth, Shad — at the urging of the chanting crowd screaming “We wanna know! We wanna know!” — replied:

In other words, Ciara and Angela Simmons were both excellent fellatio-givers!