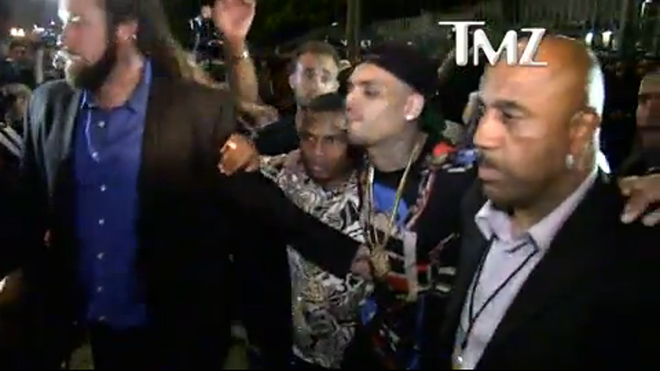 Chris Brown must have really enjoyed himself last night!

After performing live on stage for the first time since being released from jail earlier this month, Breezy partied it up at one of many 2014 BET Awards after parties at Hollywood nightclub Playhouse … and got so drunk that he had to be carried out by two of his friends.

TMZ managed to capture footage of a drunk Breezy being helped out of the club.

Chris’ girlfriend Karrueche Tran (who we have to say is one of the most ride or die chicks ever) was waiting outside of the club for him in an orange lambo and made sure he made it home safely.

Maybe Chris Brown has some loyal people in his circle after all.

Catch the video up top!