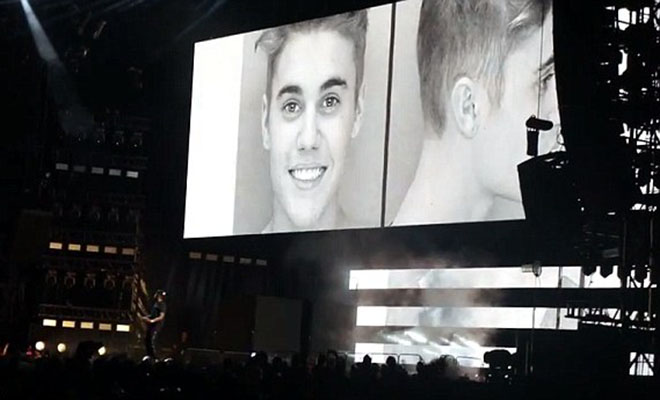 The music stops when Justin Bieber’s pops up. “Poof! Vamoose, son of a bitch,” rapped Jay Z with the Biebs’ mugshot behind him.

Several websites are reporting (via the UK’s Mirror) that Beyoncé told fans “even the greatest can fall,” but in the following video, Beyoncé isn’t even on stage. WHERE ARE THEY GETTING THIS INFO FROM?