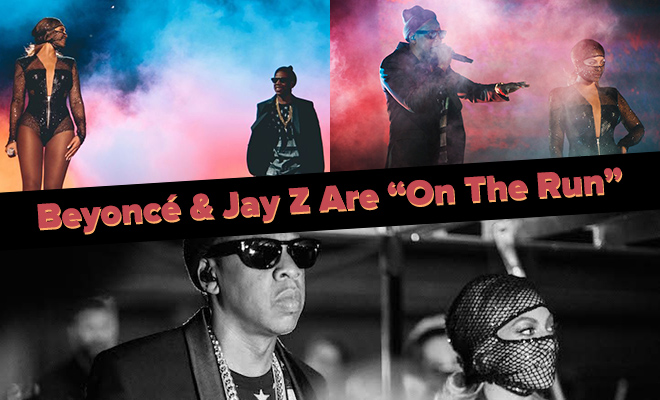 Beyoncé & Jay Z kicked off their “On The Run” stadium tour earlier this week in Miami to an estimated 76,000 screaming fans.

Cementing their status as the first couple of “Hip Pop” music, the Carters delivered a flawless, entertaining two-and-a-half hour show, in which they performed over 40 songs, including their hit collabs “03 Bonnie & Clyde,” “Upgrade U,” “Crazy In Love,” and “Drunk In Love.”

Wednesday night (Jun 25) also marked the first time the superstar couple performed “Part II (On the Run),” and on some of Jay Z’s songs, Beyoncé sang the hook in replace of the original featured artist, like how she sung Justin Timberlake’s part on “Holy Grail” and Chris Martin’s part in “Forever Young.”

“Thank you, Mr. Carter,” Beyoncé said as the show ended. “Thank you, Ms. Carter,” Jay Z replied before they “escaped back to their bubble,” as NY Times writer Jon Caramanica put it.

We’ve already shared a bunch of photos and some video footage from opening night, but here’s a set of high quality photos from Beyoncé & Jay Z’s official websites: