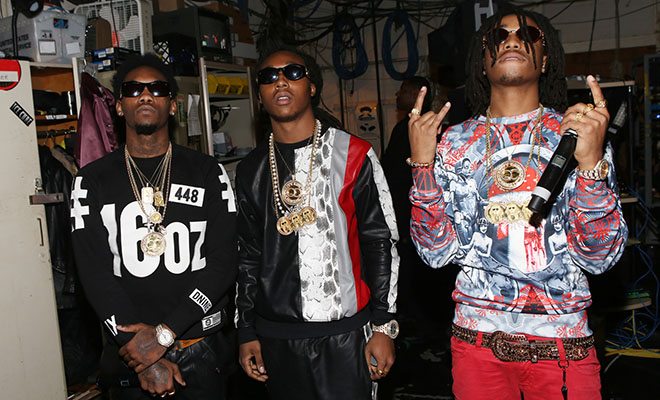 The Migos are reportedly not cooperating with police after a fan was killed at their concert nearly two weeks ago.

The victim Paris Brown was hit by a stray bullet intended for Migos group member Kiara Cephus a.k.a. Offset.

In surveillance footage, two men are spotted walking down a corridor with guns in their possession. They disappear for about 10 seconds and police say that’s when the murder took place. The men then return to camera view running back and still firing.

Police arrested Cory Marzette, who is known to be in the Migos’ rival group called 2G, who is believed to be behind the murder, however cops still haven’t been able to identify the second shooter.

Kiara Cephus a.k.a. Offset was questioned by police, but he seemed more interested in keeping his street cred than revealing any details on the murder. In other words, “no snitching.”

“We know he was there, however he would not cooperate with the investigation,” police said. “Obviously there’s a difference between entertainment, which is what these guys are affiliated with, and real-life violence and crime … We want to end this as quickly as we can.”

This isn’t the first time the Migos’ name have been brought up in a violent altercation. If you can recall, the group got into a shootout in Miami earlier this year, in which their tour bus was riddled with bullets and one of their bodyguard’s was shot in the leg.