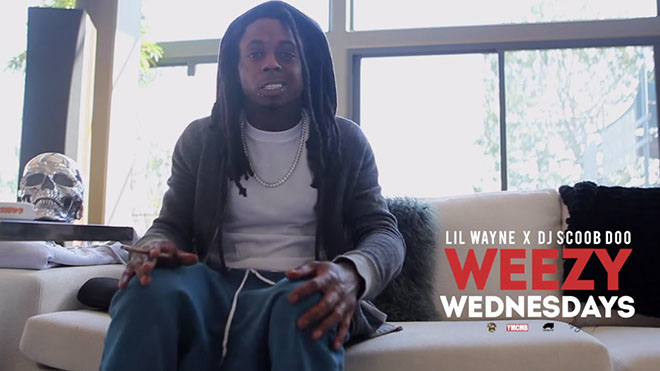 During Wayne’s most recent episode of “Weezy Wednesdays,” the YMCMB head honcho announced that he will be releasing two albums this year.

“I’m dropping two albums, ya dig? This year, look for two albums from me because I kinda been out the game for a second ya dig, album wise.”

Weezy says that he decided to drop a second album because he has recorded 93 songs, giving him enough material to put out more than one project.

“I went to work on Tha Carter V and i just couldn’t stop. Either Tha Carta V is going to be 93 songs or we gone have to figure this out.”

So far Weezy doesn’t have a name for the second album other than TOA, which means The Other Album.

Tunechi also revealed that Young Money will be putting out 7 albums next year, including Drake’s highly anticipated fourth studio album which will drop in Spring 2015.

Well, it seems like Wayne is nowhere near retirement, just as we all expected. (We knew he wasn’t going anywhere anytime soon!)