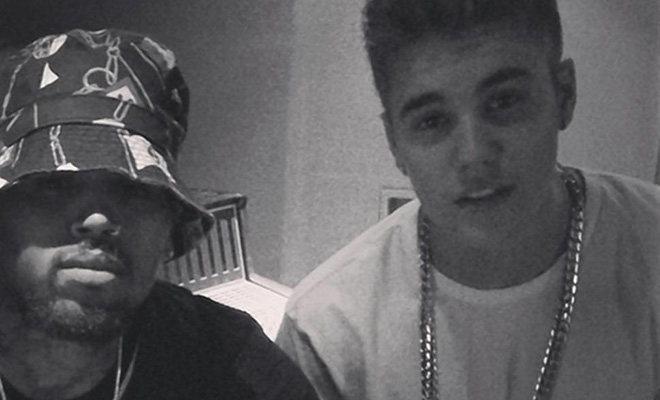 Justin Bieber and Chris Brown have both gone through their fair share of legal drama and controversy recently (the latter a bit more than the former, of course) … so it’s no-brainer that the two would find some common ground and use that “synergy” to collaborate on some new music.

The singers — who previously collaborated on “Next To You” from Brown’s 2011 album F.A.M.E. — teamed up over the weekend to work on something new, and Bieber shared a couple of photos on Instagram to document the occasion.

Akon was also spotted in the ‘yo, so maybe he was a part of the collab somehow (either with vocals, production, or both) as well?

Meanwhile, a source tells Hollywood Life that 25-year-old Brown and 20-year-old Bieber have been “inseparable,” and basically living in the studio as they are both “extremely hungry” to come up with some hits for their loyal fans.

“Just wait, they’re going to drop something and it’s going to be hot,” a source connected to Breezy reveals exclusively to HollywoodLife.com. “All their sessions are closed and when they’re inside, they’re inside for hours.”

“It’s work time and they’re both serious,” our source continues. “They’re hungrier than ever before and have a lot to prove to themselves and their fans.”