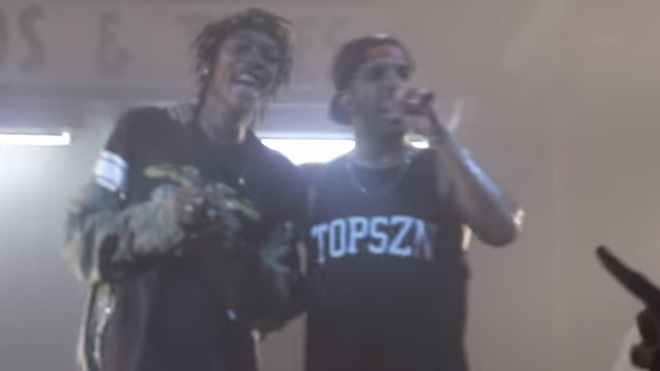 Drake was on his worst behavior this past weekend.

The Young Money rapper smoked weed onstage for the VERY first time while performing with Wiz Khalifa at Warehouse Live in Houston.

“I’ve never done this in my life before during a show… f*ck it,” Drake said before taking the joint out of a visibly excited Wiz Khalifa’s hand.

Despite making several references to weed in his songs, Drizzy (a private smoker) has been reluctant in the past to smoke at concerts or even on camera.

But we guess sometimes you just gotta let go and get high!

Watch Drizzy puffing on that good in the video above.