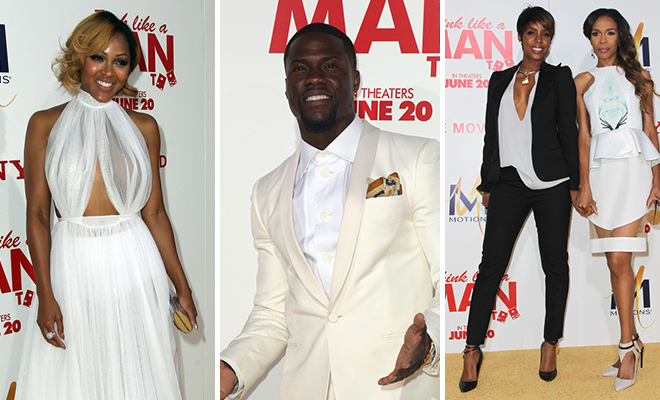 A bunch of celebs came out Monday night (Jun 9) for the Hollywood premiere of Screen Gem’s “Think Like A Man Too,” which stars big names like Kevin Hart, Michael Ealy, Meagan Good, Regina Hall, Taraji P. Henson, Gabrielle Union, Terrence J and many others.