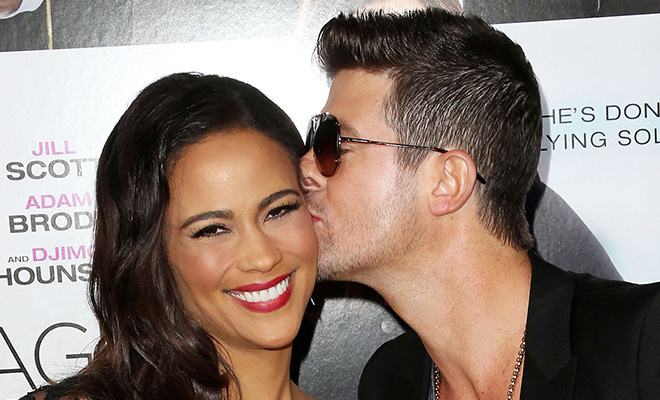 Just give it up already!

Robin Thicke is trying everything possible to get his estranged wife Paul Patton back.

The “Blurred Lines” singer is reportedly naming his next album ‘Paula,’ Robin’s reps confirmed to US Weekly after our friends over at Rap-Up exclusively broke the news.

The married couple of nine years split earlier this year but have yet to divorce.

Robin has made numerous attempts to save his marriage … flying out to Vancouver while Paula was shooting her new film “Warcraft” and even debuting his single “Get Her Back” at the Billboard Awards last month.

“All right, y’all, help me get her back,” Thicke said before introducing the song onstage.

Apparently, after a month, that wasn’t enough for Paula, so he’s taking it a step further by naming his entire album after Paula.

We don’t think this is going to help his case very much … but you can’t blame a brother for trying, right?

The follow-up to his chart-topping ‘Blurred Lines,’ which debuted at #1 on the Billboard Hot 100, ‘Paula’ was written and produced and entirely by Thicke and is due out on July 1st via Star Trak/Interscope Records.