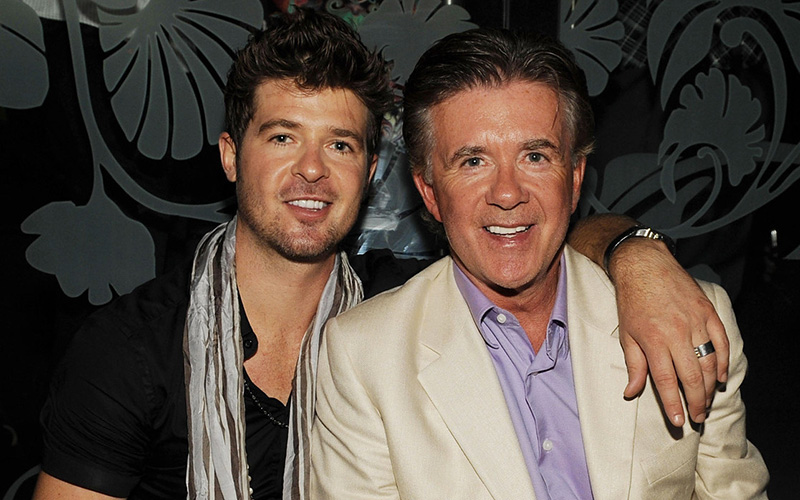 According to TMZ, the actor had a heart attack early Tuesday while playing hockey with his 19-year-old son Carter. He was rushed to Providence St. Joseph’s Medical Center around noon and was pronounced dead. He was 69 years old.

JUST IN: Alan Thicke has died at age 69, the actor’s publicist confirms to @ABC News. pic.twitter.com/xCjfckaezm

TMZ reported that Alan was a regular at at a hockey rink in Burbank, where he and his son were playing around 11 A.M. Thicke began to complain of chest pains before he got nauseated and vomited. He was picked up by an ambulance around 11:30 and taken to the hospital.

An employee at the rink told an NBC LA reporter that Thicke joked to his son Carter that he should “take a picture” as he was being wheeled out by paramedics.

#BREAKING: @Alan_Thicke joked to son "you should take a picture" as paramedics wheeled him out, employee to @NBCLA pic.twitter.com/LMh1D5rgwM

The Canadian-born actor was best known for his role as TV dad Dr. Jason Seaver from the show “Growing Pains,” which aired from 1985 to 1992. In more recent years, he appeared on the Netflix reboot “Fuller House” and also had a cameo on the first episode of the NBC series “This Is Us.”

Thicke was also a frequent guest on talkshows and gameshows like “Who Wants to Be a Millionaire,” “Canada’s Worst Handyman” and “Match Game/Hollywood Squares Hour.” His family also starred in the mockumentary TV series “Unusually Thicke,” which aired for two seasons (starting in 2014) both here in the U.S. and in Canada.

He also hosted “The Alan Thicke Show” between 1980 and 1982 and wrote/composed theme songs for shows like “Diff’rent Strokes,” “The Facts of Life,” “Wheel of Fortune,” as well as his own show, “Growing Pains.”

Alan Thicke is survived by his three sons, Brennan, Carter and R&B singer/songwriter Robin Thicke, as well as his wife of the past 11 years, Tanya Callau.