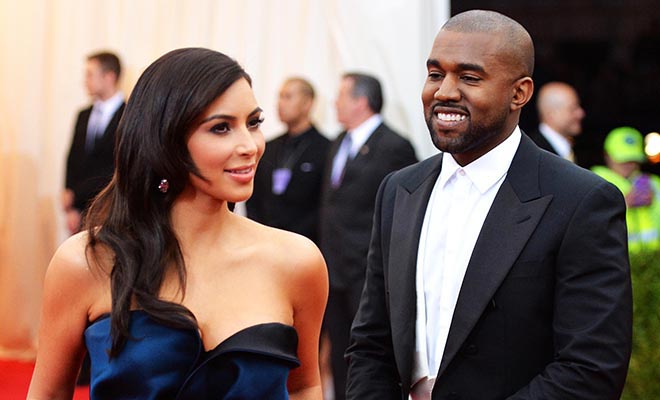 Kimye has FINALLY made their union official!

After a bunch of pre-wedding festivities (and one helluva media storm!), Kim Kardashian and Kanye West are officially man and wife.

Reps have confirmed the news to Us Weekly and People.

As expected, the couple of two years tied the knot on Saturday, May 24, in Florence, Italy, at the 16th-century Forte di Belvedere in front of their closest family members and friends, including Chrissy Teigen, John Legend, LaLa Anthony, Lorraine Schwartz, Q-Tip, and more.

The 33-year-old bride stunned during the sunset vows to her rapper beau. The 36-year-old artist made sure Kardashian had the wedding of her dreams. A source close to West told Us Weekly the ceremony would be a “princess fairy tale for Kim,” adding, “Kanye thought of every detail.”

According to People, Kanye was the “typical nervous groom” before the ceremony, obsessively drinking from a bottle of water and bouncing back and “shifting his weight from one foot to the other.”

“It was funny how nervous he was,” one onlooker said. “He clearly knew the gravity of what he was about to do. This morning he was all smiles, but as it got closer, you could see that the nerves were kicking in. It’s common for most grooms. I’ve seen it all before.”

During ceremony, the guest broke into applause twice – first at the newlyweds’ kiss and then at the presentation of the bride and groom. Kris Jenner was seen wiping her eyes with tissue in the front row. Vows were intimate and spoken softly, according to a source, and after, Kanye was all smiles again and both he and Kim were beaming.

Escort cards (done by high-end L.A. invitationers Lehr and Black) directed guests to their seats for dinner along an engraved marble table. The cards – off-white with gold (complementing the color scheme of the whole wedding) – have a rendering of the marble table on them, which served as a center focal point for the celebration.

The big wedding ceremony was just a small part of the extravagant weekend for the West-Kardashian clan. Friends and family alike had been documenting the entire celebration, including a bachelorette dinner Thursday evening, a brunch at Valentino’s castle Friday afternoon.

Friday night, the couple was surrounded by family and loved ones at a grandiose dinner in the Italian city of Versaille.

While Beyoncé and Jay Z failed to attend, everything else went down as planned, according to TMZ, including the “fancy French food, Lana Del Rey songs and even DAVID BLAINE.”

…we’re told the wedding dinner was magical — starting with the food … one source tells us, “It was all French stuff. Pretty much everything was truffled.” But the best part … we’re told the jars of caviar with blini were other-worldly.

Kanye West and Kim Kardashian have known each other for a while, but they didn’t officially start dating until 2012, and they were engaged by October 2013 following Kanye’s elaborate proposal at San Francisco’s AT&T Park baseball stadium.

While this is Kanye’s first marriage, this makes marriage number three for Kim, who previously married music producer Damon Thomas in 2000 and Kris Humphries in 2011, the latter of whom she filed for divorce from after only 72 days.

The couple reportedly chose Florence for their wedding because that is where they conceived their 11-month-old North West.

North’s mom and dad are set to attend a friend’s wedding next, and will later go on their honeymoon (without their baby girl, of course), according to Us Weekly.