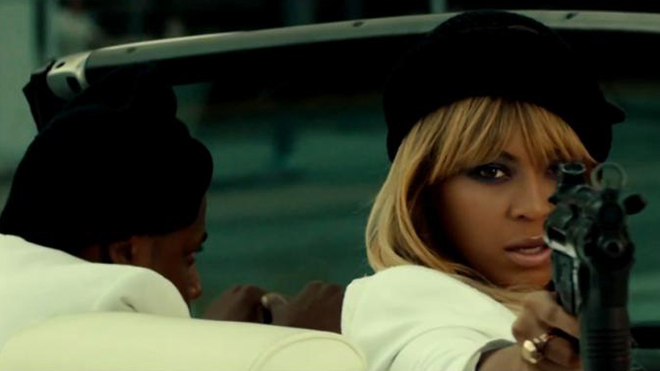 Beyoncé and Jay Z have released a trailer for a movie that is “coming never” called “Run,” featuring several A-list celebs, because of course.

The nearly 4-minute video is actually a promotional trailer for their upcoming “On The Run” stadium tour, which kicks off June 25th in Miami and wraps up August 5th in San Francisco.

Jay and Bey, acting as a modern-day Bonnie and Clyde, are toting guns, robbing banks and running from the law, all while professing their undying love for each other. At one point, Jay Z gets shot and Beyoncé is later seen sewing up the bullet wound.

“You trust me?” Bey asks before Jay leans in for a kiss.