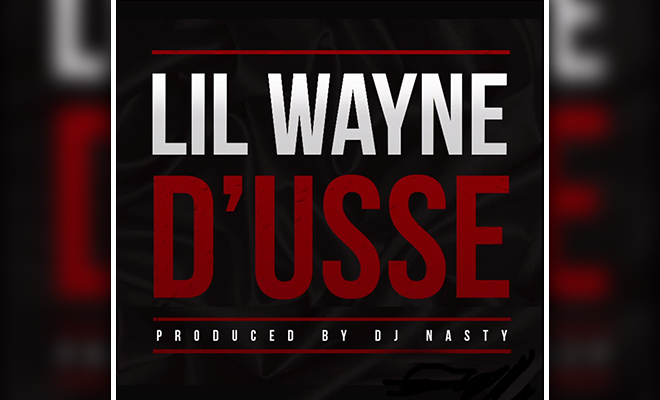 The old Lil Wayne is back! Or at least that’s the first thing that came to our minds after listening to his newly released song called “D’usse.”

After teasing the track as part of his weekly “Weezy Wednesday” series, Tunechi debuted the full version of “D’usse” last night on YouTube.

Produced by DJ Nasty, the track, with a name inspired by Jay Z‘s new cognac liquor, sees the HNIC of Young MOney spitting a fiery four-minute verse (with no hook), channeling his mixtape days with straight rhymes, and shouting out Jay Z, his “lil brother” Lil Twist and some of his fallen homies “Lil Kevin,” “Lil Beezy” and “Big Sausage.”

Standout lyric: “Yeah I might have them bricks, call me Brick Cannon / Nina on my lap, what you want from Santa? / I might get money, fuck bitches; Kill niggas and smoke weed / I‘m married to this real shit; And I’m a wife beater, no sleeves.”

Wayne is gearing up for the release of his final album (or so he says…) ‘Tha Carter V,’ which currently has no set release date but should be out soon. He dropped the album’s first single “Believe Me” featuring Drake earlier this month.