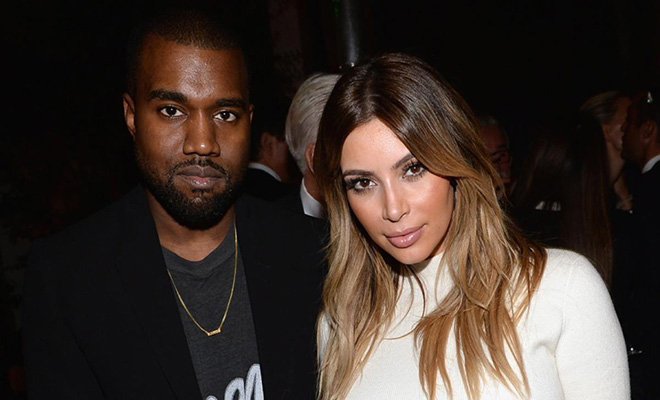 If you’ve been able to avoid the Internet and all news media for the past few months, good for you. Otherwise, if you’re like us and are subjected to every whim and wham of celebrity happenings, you know that “Kimye” (Kim Kardashian & Kanye West, for the uninitiated) are supposedly getting married sometime this month.

But are they ALREADY married?

That’s the newest rumor on the mill, even though Kim and Kanye aren’t expected to actually walk down the aisle until May 24th in Paris.

According to Life & Style:

It was reported earlier this week they would be getting their wedding license over the coming days, ahead of the official ceremony which is rumored to be taking place in Paris on May 24.

“Kim and Kanye are now married on paper. They got their license in California over the past few days,” the source said. “Kim and North are on their way to NYC now.”

Sources tell us … with a confidential license, K&K won’t have to appear publicly at a courthouse to get married … instead, an official from the court will actually go to them and perform the ceremony privately in their home.

And then, in about a month — after they’re already legally married in California — we’ve learned Kim and Kanye will hold a lavish, blow-out wedding ceremony in Paris.

Hate it or love it, “Kimye” is one of the hottest celebrity couples around right now, and Vogue even gave them the honor of having the two of them on the cover of their April 2014 issue, calling them the #WORLDSMOSTTALKEDABOUTCOUPLE. About the wedding, Kim told the magazine, “People are probably assuming we’re going to have this massive wedding, and I think it will be – but intimate. Two hundred people – just all of our closest friends – a special night for us and all the people that really love us and that have supported us.”

The details surrounding the extravagant nuptials remain a secret, however, we already know that the 33-year-old reality star has already picked out her wedding dress and will reportedly have “multiple costume changes” from several major designers, including Lanvin, Balmain and Givenchy.

Kim and Kanye have been engaged since October 2013 when Ye popped the question with an over-the-top proposal that was recorded for an episode of “Keeping Up with the Kardashians.”