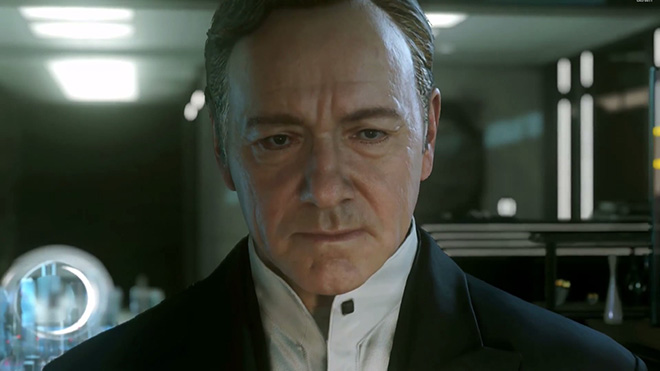 The official reveal trailer for “Call of Duty: Advanced Warfare” was unveiled late Thursday night (May 1), and a fully-digitized Kevin Spacey stars in it, declaring that there’s no more room for democracy in today’s world.

“Ideas don’t determine who is right. Power determines who is right. And I have the power. So I’m right,” Spacey’s digital character says in the clip.

Gameplay-wise, this is the most futuristic-looking “Call of Duty” yet. The trailer opens with a flock of drones hovering over a ravished city, and the game’s soldiers are armed with robotic exoskeletons that allow them to soar over the battlefield with ease.

Ironically, the heightened sense of movement and mech-like combat suits found in the trailer are reminiscent of Respawn Entertainment’s “Titanfall,” a game made by “CoD” vets that proved to be a serious rival to the blockbuster franchise.

While the bombastic “Advanced Warfare” trailer suggests another playable summer blockbuster, Activision seems to be making an effort to use its game to explore some actual issues. The company recently released a mini-documentary about real-world private military corporations, which are said to play a major role in the new game’s story.

“Advanced Warfare” looks gorgeous running on Xbox One. The clip’s war-torn vistas are brimming with detail, especially during a striking scene in which San Francisco’s Golden Gate Bridge completely collapses.

Activision has yet to confirm which other consoles the shooter is coming to, though we wouldn’t be surprised to see a wide release on PC, current-gen and older-gen consoles given the series’ popularity.

“COD: Advanced Warfare” was produced by Sledgehammer Games and its scheduled for a November 4th release.

Watch the official reveal trailer above! 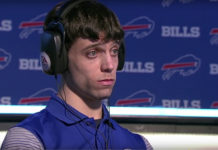