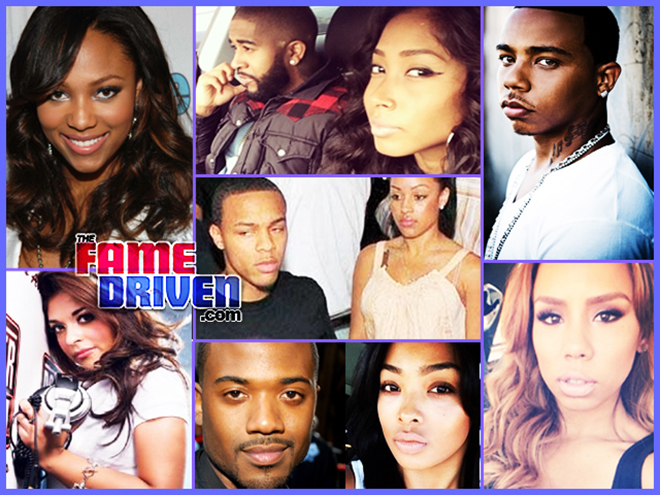 Earlier this week, we reported on a fight that happened on the very first day of filming in L.A. and now, TheFameDriven.com has revealed what is being touted as the full cast list for the show.

According to TFD’s spy, who is reportedly part of the show’s production team, “Love & Hip Hop: L.A.” started filming on March 31st — which is also when the fight between Teairra Mari and Princess Love happened.

Mona was said to be “upset” because she was supposed to be negotiating to get Karrueche and a few more “recognized ladies” involved in the L.A. spin-off, but the deals fell through after ladies backed out when news of the show leaked online prematurely.

The Fame Driven has the exclusive details on the possible “LHHLA” cast:

Ray-J is co-producing the show and is bringing his own mix of drama with his current girlfriend/former stripper Princess Love, who cheated on Floyd Mayweather to be with Ray-J. And his ex-girlfriend Teairra Mari will be returning to “Love & Hip-Hop”, but this time as a main character and not a friend of the cast.

Teairra is supposedly in a “beef” with Princess Love and Ray-J’s quick tongued gossiping assistant Morgan Hardman stirs the pot and brings even more drama to the forefront. It was actually Morgan you saw in the TMZ footage getting into a physical altercation not Princess Love or Teairra Marí. Production is making Ray-J out to be the Stevie J and Peter Gunz of this city’s spin-off.

Ray-J also brought along his partner in crime Yung Berg, who is infamous for referring to dark skinned women as dark butts. Berg is Ray’s sidekick and right hand man, they were on a hit song together called “Sexy Can I”. Berg will showcase taking a backseat with his career and ghostwriting for a lot of popular artists today. The show will also highlight him in the studio making hits for other artists, and his struggles to regain his image and career in rap music, as well as he and Ray-J’s sexcapades and drama with women.

Rapper Bow Wow’s baby mother/former video vixen Miss Joie is also on the LA cast and has a interesting storyline since she has a baby by rapper Bow Wow and is dating rap producer Hitboy, he produced Kanye West & Jay-Z’s “Niggas In Paris”. The show will zone in on their up and down relationship along with Miss Joie and Bow Wow being parents to their daughter Shai. You will get to see how Miss Joie balances being a full time mother and being publicly linked to two recognized faces in hip-hop.

Omarion and his baby mother Apryl Jones were one of the last to sign onto to the new LA spin-off. You will get to witness them embarking on life as new parents to a baby boy while trying to juggle their music careers. Apryl is an aspiring singer and Omarion is trying to get his solo R&B music career back on track.

VH1 has yet to confirm the cast of “Love & Hip Hop: L.A.” so we’ll have to wait until later this year to get the official details.

What we DO know, however, is that “Love & Hip Hop ATLANTA” returns for its third season on Monday, May 5th, and you can click here to check out the super trailer!