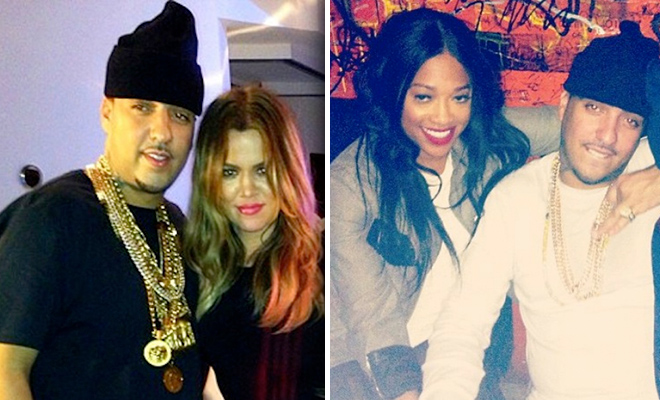 French Montana’s “roommate,” rapper Trina, is reportedly PISSED over the fact that he is obviously banging Khloe Kardashian.

Ever since they were first spotted out together publicly, folks have been wondering whether Khloe and French are dating, and according to TMZ, Trina is mad that people are speculating about a possible relationship between Kardashian and her kinda-sorta man.

Trina and French weren’t officially BF and GF — but we’re told they were living together in New Jersey — sources close to the couple say she was devastated after seeing video of Khloe/Montana all over each other last week at a strip club.

We’re told Trina feels like she got played — She and French were talking regularly up until a few weeks ago when he started working in L.A. on his next album … and now it’s radio silence.

There’s no official confirmation that Khloe and French are a couple or romantically involved. But from the looks of it, we wouldn’t be surprised if they’ve hooked up a few times.

Poor Trina! Maybe French didn’t know you two were actually in a relationship, considering it seems like y’all were just roommates with benefits.