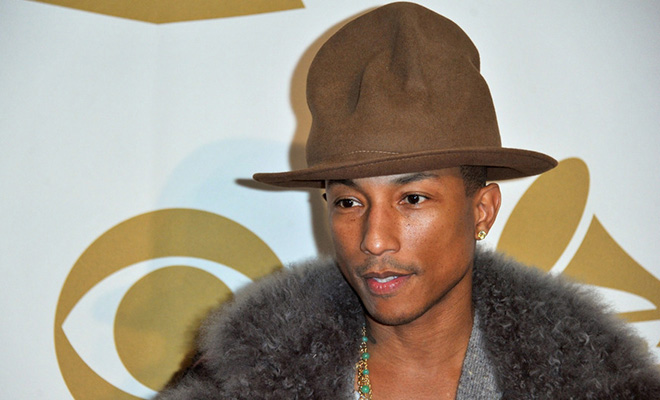 Fans of NBC’s “The Voice” now have a reason to get “Happy!”

Pharrell Williams will be replacing CeeLo Green as a judge/coach on the upcoming seventh season of “The Voice.”

The popular talent competition show announced the news via their official Twitter page:

Okay, we can OFFICIALLY say it! WE ARE SO #HAPPY to announce PHARRELL WILLIAMS = #NewVoiceCoach for SEASON 7. pic.twitter.com/GayqbMeU1l

Pharrell retweeted The Voice’s tweet and responded: “This is going to be so fun.”

The singer-songwriter/rapper/producer/composer/fashion designer/overall awesome person has appeared on the show before as a mentor for Team Usher’s season 4 battle rounds, and so far, he has been the only judge named for the upcoming season.

“It’s been a huge year for Pharrell, with recognition for his contribution in the world of music — the Despicable Me franchise soundtracks, his Oscar-nominated song ‘Happy’ and his Grammy-winning collaboration with Daft Punk on the breakout dance hit ‘Get Lucky.’ His dominance in record sales in 2014, coupled with his incomparable accomplishments in the world of fashion and design, make him an irresistible addition to The Voice family,” NBC Entertainment’s Paul Telegdy said in a statement.

“He has already made a considerable impact as a mentor, drawing on an impressive track record as both a producer and performer. It is a perfect fit for ‘The Voice’ as we evolve and reach for new heights with this franchise. It feels like we are welcoming an existing family member home.”

We think Pharrell (and his hat) would definitely be a good addition to “The Voice” … the guy is so talented!