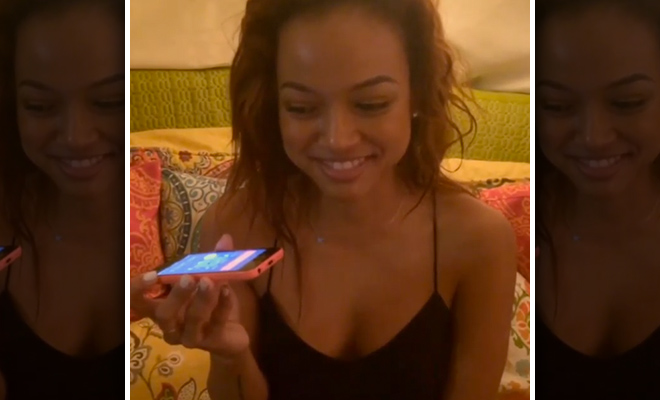 Chris Brown has reached out to his fans from jail, and he did it through Karrueche. Does that mean that they’re back together? Maybe.

With the help of his off-and-on girlfriend Karrueche Tran, Brown expressed his gratitude for all the support he’s received since being locked up.

Brown — who was kicked out of rehab and sent directly to jail last month, where he will remain until a court date later this month — called Karrueche from jail Monday night (Mar 31) and she posted a video of the call on Instagram.

After thanking his fans, Chris told Karrueche, “most importantly … I love you.”

“I’m calling all my fans, you know I love y’all. Thank y’all for all the support, thank you for everything. The music video just came out. I hope y’all enjoy that. And most importantly, K, Karrueche, I love you. So, thank you.”

Chris was jailed last month after being kicked out of a rehab facility for getting to close to women at the facility and for refusing to submit a drug test.

Before he was hauled off to prison, Chris, while in rehab, wrote on Twitter: “KAE will always be my heart … That ain’t changing” but he later deleted the tweet.

Karrueche reportedly called it quits with Breezy back in February after she found several texts in his phone from a team of jump-offs … but it looks like they’re back on!