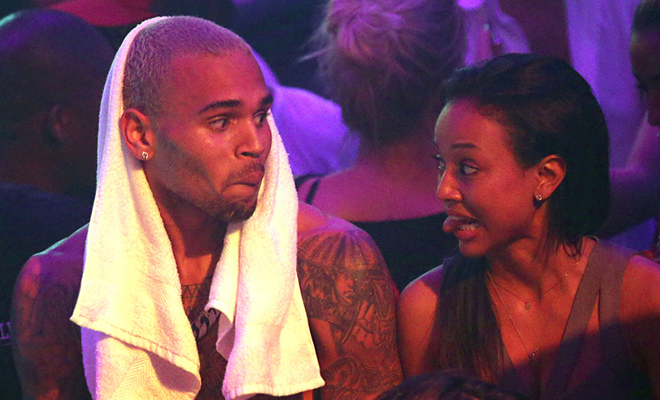 Karrueche called it quits with Breezy back in February after she found several texts in his phone from a team of jump-offs.

Sources tell TMZ … Karrueche saw Chris’ phone during her visit — and it was filled with inappropriate texts from other girls. It was the last straw.

We’re told Karrueche was especially pissed because she’d been nothing but supportive to Chris throughout his ordeal, even going to court with him.

We’re told Karrueche wasn’t even aware Chris had allegedly been getting down with girls in rehab until long after the break-up.

Damn Breezy!!! It may be time to let all the hoes go. Good women don’t come around everyday.