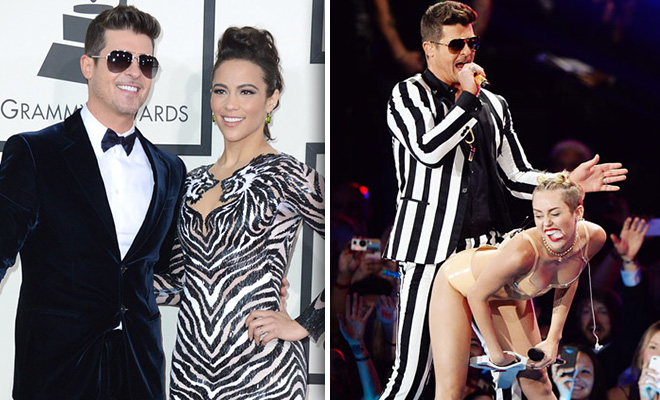 Miley Cyrus is a home wrecker!

Well, not exactly … but she did play a role in Robin Thicke and Paula Patton‘s ultimate decision to split up. Or at least that’s what “sources” say.

TMZ reports that Paula was absolutely furious and felt “utterly disrespected” after seeing Robin’s raunchy performance with Miley Cyrus at the VMA’s. And things really took a turn for the worse for the couple after photos of Robin all over different women in the club emerged online.

We’re told after the performance Paula got into a blow-out argument with Robin, telling him he insulted her before a huge national TV audience.

What really pissed Paula off is that the performance was a total surprise.  Miley improvised the raunchy part without warning, but Robin played along … and that enraged Paula.

Sources say Paula went nuclear when she saw pictures surface of her hubby at one of the after-parties grabbing a woman’s ass … virtually digging inside.

We’re told things never got better after that.  They argued constantly and Paula was furious Robin continued to party at clubs with various women … pictured at times getting very cozy.

Robin has made an attempt to save his marriage, but so far Paula isn’t going for it.

Robin Thicke Flew to Vancouver in Desperate Attempt to Save Marriage with Paula Patton?

Earlier this week, Paula was spotted arriving in L.A. with no ring, but with all smiles. She appears to be taking the split very well!