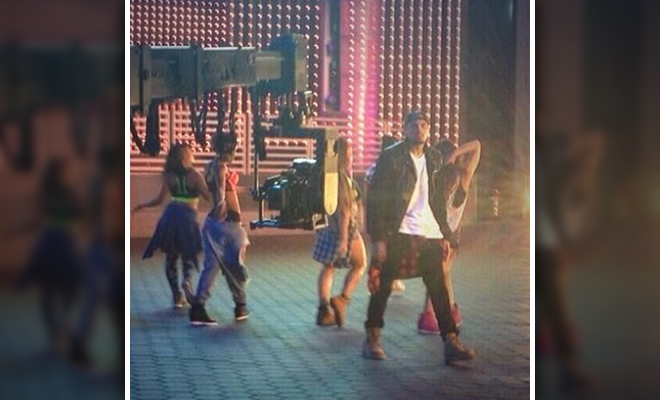 Chris Brown is finally getting back to what he does best … making music!

The “Loyal” singer recently completed his 90-day anger management program and was spotted over the weekend shooting the music video for the single at Universal City Walk in California.

As we previously reported, Brown checked himself into a clinic after being arrested for allegedly assaulting a man in D.C.

Shortly after entering the facility, Brown was kicked out for losing his temper and allegedly throwing a rock at his mom’s car. Brown was then ordered to attend another Malibu facility and so far things appear to be going good for him.

Meanwhile, E! Online reports that despite graduating from the program, Brown has chosen to continue his stint in rehab:

A source tells E! News exclusively that even though the R&B superstar has completed his court-ordered 90 days in rehab, a judge ordered him to stay at the facility for further treatment. Brown’s rep declined to comment.

In other news, Chris was also presented with the “Second Chance at Loving Life” award at a charity event this past Friday for his work with L.A. community group 2nd Call, as well as his own the Symphonic Love Foundation and the Unity Campaign.

Chris also revealed on Twitter that his new album ‘X’ will hit stores May 5th, which also happens to be his 25th birthday. He’s since deleted the tweet, but he called his “best album yet,” according to Vibe.

We’re seriously pulling for Chris Brown to get his life together and just make good music. Hopefully this time he won’t let us down…