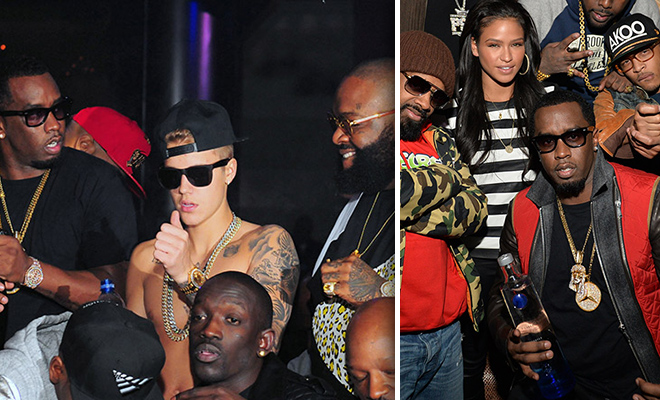 Even if he brought it on himself, Justin Bieber has had a pretty rough start to his year, so you’ll have to excuse him for partying with his shirt off. He just doesn’t care right now!

The 19-year-old singer (who started off his night fully clothed) was spotted hanging out with a bunch of rappers and their entourages at a party thrown by Diddy at Vanquish nightclub in Atlanta earlier this month (Wed. Feb 5).

And while everyone was else was poppin’ bottles, the Biebs stuck to water — specifically Diddy’s AQUAhydrate — but as for weed, we’re pretty sure he hit the blunt a few times, which explains the need for water. You gotta stay hydrated so you don’t get keep that weird “cotton mouth” feeling.

CHECK OUT A BUNCH OF PICS (COURTESY OF PRINCE WILLIAMS & ATLPICS.NET) BELOW: