GOSSIPONTHIS.COM Celebs Khloe Kardashian Spotted Twerking All Over The Game at Tru Nightclub in... 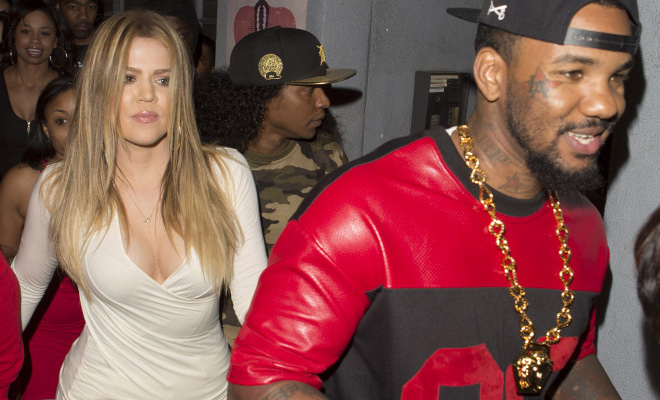 Khloe Kardashian was backing that azz up on The Game the other night in the club!

According to TMZ, the reality star and rapper held a private party at Tru Nightclub in Hollywood Monday night (Feb 10), and the two were spotted getting VERY close on the dance floor. At one point, Khloe twerked all over Game and gave no f**ks about who saw them. Khloe’s momager Kris Jenner also accompanied her at the party and appeared to be having a grand ole time herself. Khloe’s (unofficial) bro-in-law Scott Disick was there too and posed for a pic with Kris, Game and some of Khloe’s other friends. Game and Khloe have denied dating rumors in the past and claim to only be good friends. (RIIIIIIGHT)

Rumors about a romance between Khloe and The Game began last fall, a couple of months before she filed for divorce, when they were pictured at Tru Nightclub in Los Angeles. At the time, Game (real name Jayceon Terrell Taylor) told E! News he thought of Khloe “like a sister.”

“The pictures that [you] see of us out together are because she is a part of my 60DaysofFitness team,” Game said in October. “Khloe is my friend. She is like a sister. We have never and will never be sleeping together. Lamar is my homie and her husband.”

Rumors were reignited in January, after Khloe filed for divorce, when they were pictured at Tru Nightclub for a fundraiser. Once again, they appeared quite friendly — but the images didn’t scream “we’re together.”

Peep video footage below of Khloe twerking on The Game in the club the other night, and Bossip has a bunch of photos here!