GOSSIPONTHIS.COM Celebs Is This Khloe Kardashian Smoking A Blunt While Partying with The Game... 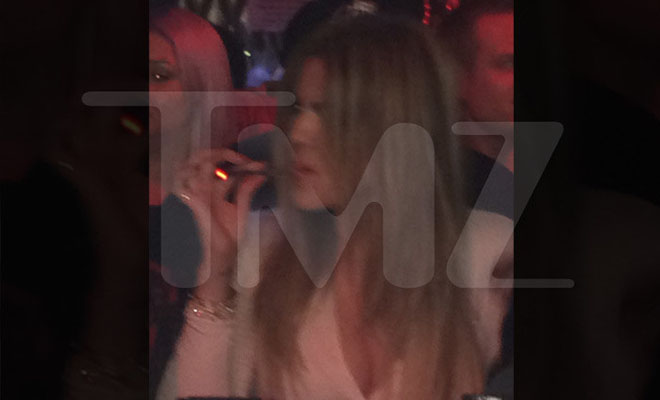 Backing that azz up on The Game wasn’t the only thing Khloe Kardashian was spotted doing in the club Monday night.

As we previously reported, Game and Khloe hosted a party together at Tru Nightclub in Hollywood and were seen having a a great time on the dance floor. TMZ even managed to get their hands on footage of Khloe shaking what her momma gave her all over the Game. Khloe was also caught red-handed smoking what appears to be a blunt … but she later denied doing such a thing, tweeting that what she was smoking was a “hookah stick” and not “weed.”

Big difference between a hookah stick and weed…. #DumbDumbs