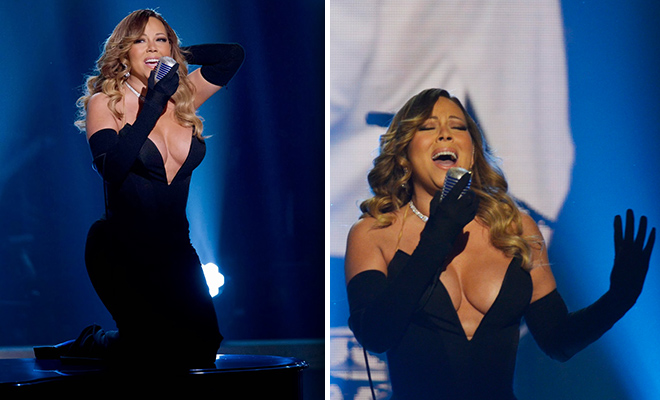 Mariah Carey sizzled in a VERY sexy gown while performing at the 2014 BET Honors in Washington, D.C. on Saturday night (Feb 8).

The 43-year-old singer, who was honored at the 2012 BET Honors, took the stage to debut her new song “You’re Mine” atop a grand piano.

She was dressed in a sexy black gown that hugged all of her curves and covered the right assets (and in the right places), making her look like a real-life version of Jessica Rabbit.

The BET Honors are held annually and celebrate the fetes of African American figures who excel in music, literature, entertainment, education and more.