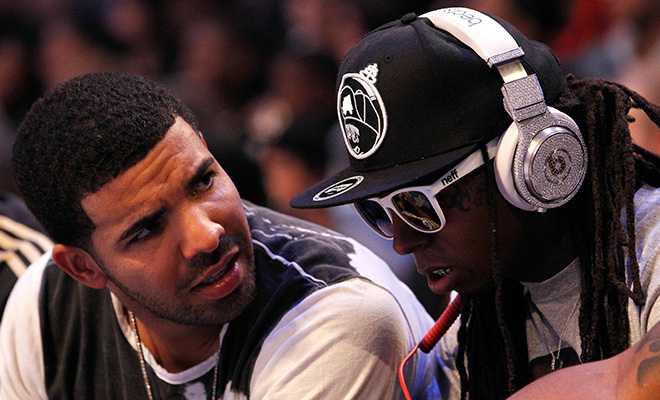 Is Lil Wayne really back on his grizzy? (That’s “grind,” in case you didn’t know)

Back in October, Cash Money’s Senior VP of Promotions Mel Smith revealed that pretty soon, fans could look forward to hearing new music from Weezy’s next musical project ‘Tha Carter V’ — which Wayne has publicly said could be his last album.

Early this morning, Drake posted a short, cryptic tweet hinting that Wayne is either working on Carter V or may have the album even finished.

The last twp projects Wayne has dropped was ‘I Am Not a Human Being II’ and ‘Dedication 5.’

Those weren’t bad projects but we hope he comes waaaay harder (like he promised) with ‘The Carter V’ — ESPCIALLY  if that’s his last album, like claims, which we highly doubt, but hey, you never know!

Are you looking forward to Lil Wayne’s ‘That Carter V’? Use those comments below!!