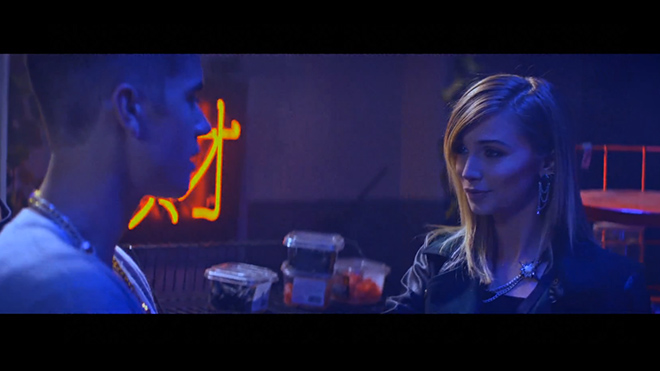 On the same day he was arrested for allegedly assaulting a limo driver, Justin Bieber debuted the video for his latest single “Confident” featuring Chance The Rapper.

In the video, the Biebs has his eyes set on one girl and one girl only, and she has so much confidence that he can “tell by the way she walks in the room.”

So he does what any man in his position would do. He pursues her, using a pretty corny pick-up line, no less, all while performing some slick moves behind her with his backup dancers as she blows him off.

JB eventually gets the girl, of course, and he learns a very valuable lesson in picking up women with confidence. “Well, I’d like to Taki to you on the phone” is NOT good pick-up line, fellas.

“Confident” follows “All That Matters” as the second single from Justin Bieber’s new compilation album Journals, available on iTunes!