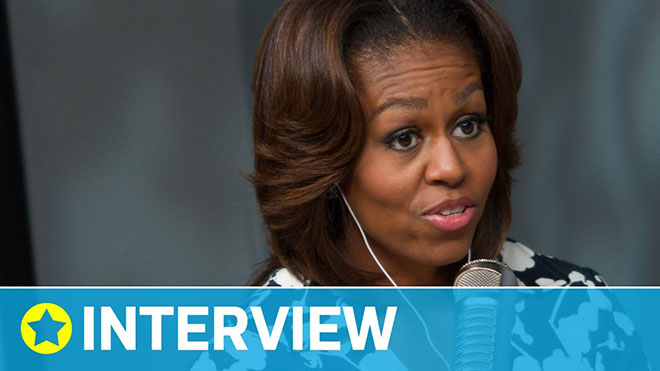 Believe it or not, Michelle Obama is actually a fan of ABC’s “Scandal.”

In a lenghty interview on Ryan Seacrest’s radio show, the First Lady spoke on a number of topics, including finally getting a chance to watch the series while on vacation.

“You know what, I hadn’t watched it until this past vacation — and we went to Hawaii so I had a long flight. I watched all the seasons, I caught up on ‘Scandal,’ I had never watched it. I love Kerry Washington, she is amazing, so it makes the show fun.”

The FLOTUS also talked about what she plans on doing with the President for Valentine’s Day.

“This year, again, I’ve had this big birthday celebration — my husband really celebrated me so well — he did a great job. I had a great couple of weeks, so I think we’re going to low-key it for Valentine’s Day. We have been married for 21 years and he never forgets a Valentine’s Day, an anniversary, a birthday. He’s really good at that kind of stuff.”

We knew Michelle would like “Scandal”……who doesn’t? Also, that Barack is one smooth guy!

WATCH THE “SCANDAL” BIT FROM THE INTERVIEW ABOVE, AND THE REST (PARTS 1-3) BELOW: