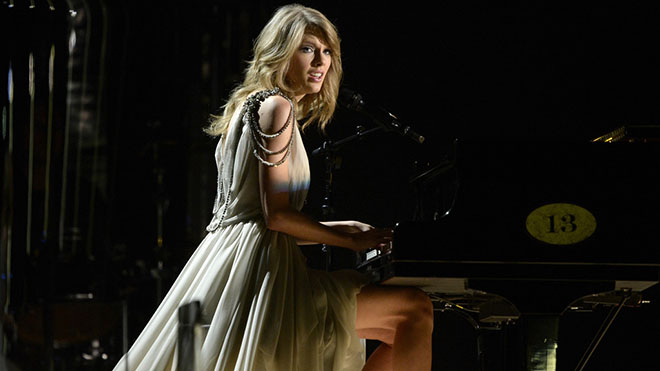 This year’s Grammy Awards may have left a lot to be desired, but one thing that they nailed was the re-introduction of Taylor Swift to the world.

Gone was the vacant Disney Princess-esque look in her eye that’s plagued all her performances prior to this. Instead what we saw was a confident, sexy and powerful woman who was in rare form and good voice tonight.

This year’s Grammy’s brought out an honest and grittier version of Taylor that we’ve never seen, but we definitely want to see more of.

Leaving big stage production behind and a dizzying troupe of background dancers, Swift kept it simple at the piano as she blazed through an emotionally charged take on “All Too Well.”

At one point during her performance, Tay-Tay felt the music so much that she channeled her inner Willow Smith and whipped her hair back-and-forth!