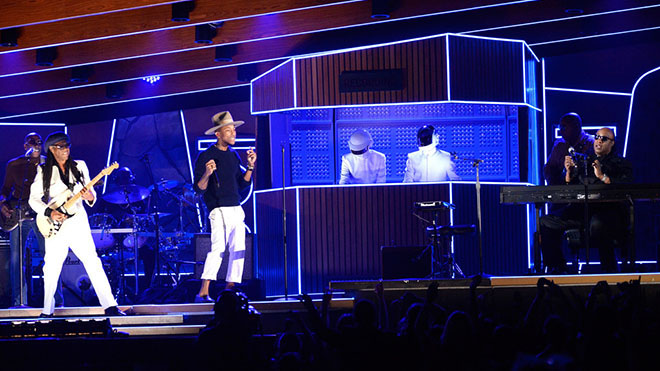 And keeping up with that joint-performance theme was Daft Punk & Pharrell Williams, who, along with the help of Nile Rodgers, joined forces with music legend Stevie Wonder for an unforgettable performance of their hit single “Get Lucky,” which won two Grammys tonight: Best Pop/Duo Performance and Record of the Year.