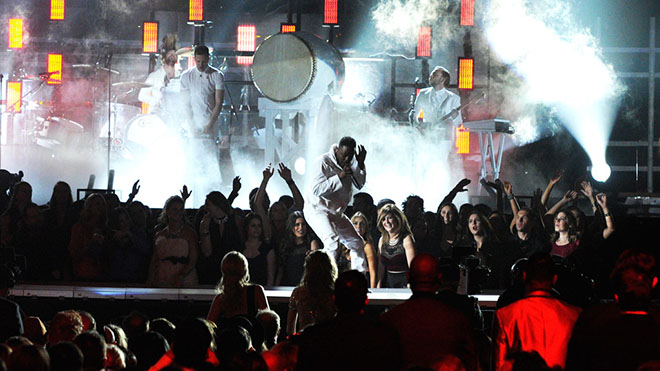 Have you ever wondered what it would sound like to mash-up Kendrick Lamar‘s “m.A.A.d city” with Imagine Dragon‘s “Radioactive?” Well, here you go!

During tonight’s 2014 Grammy Awards, the West Coast rapper and the alternative Rock band shared the stage together, teaming up for one HELLUVA performance: a mash-up of K.Dot’s Grammy-nominated “m.A.A.d” city and ID’s “Radioactive.”

On paper, it doesn’t sound like a remix like that would work … but on stage? That’s a totally different story.

Imagine Dragons took home a Grammy for Best Rock Performance for “Radioactive,” and even though their new collaborator Kendrick Lamar walked away from tonight’s show empty-handed, he did deliver a rousing performance, giving some life to what many considered to be an overall lackluster show.