GOSSIPONTHIS.COM Celebs Grammys 2014: John Legend & His Trusty Piano Perform “All of Me” 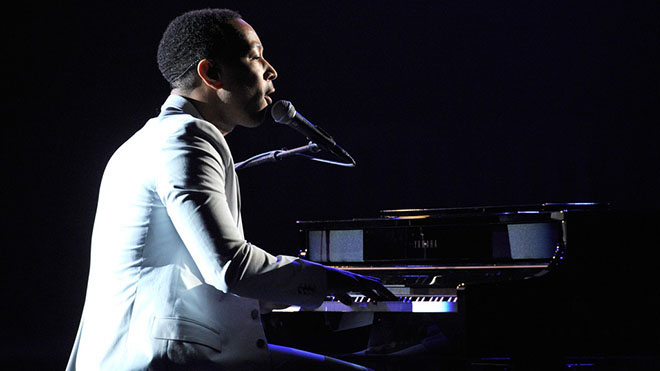 John Legend was among the many performers who took the stage during tonight’s 2014 Grammy Awards.

And John Legend does what John Legend does, as he — dressed in an all-white suite — kept things pretty simple, sitting behind the piano for a touching rendition of his song “All of Me,” which is said to be dedicated to his new wife Chrissy Teigen.

In some moments during the romantic performance, the cameras focused their attention on Teigen as she adoringly watched her husband sing to her. Right after John’s performance, Chrissy tweeted her approval:

Legend, a nine-time Grammy winner, was nominated in the category of Best R&B Album for ‘Love in the Future,’ but lost out to Alicia Keys’ ‘Girl on Fire.’