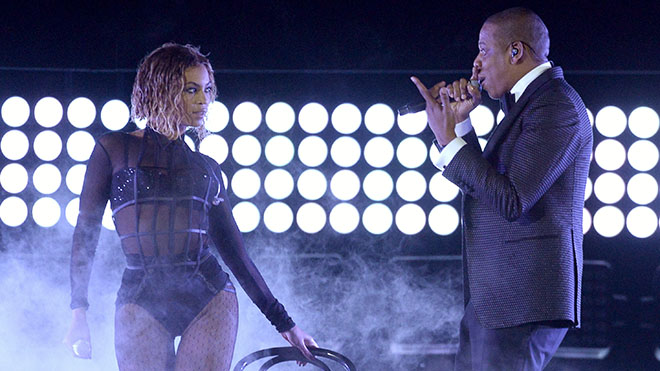 After weeks of rumors/speculation and just plain ol’ waiting (for what seemed like forever) … it finally happened!

Hip Hop’s royal couple Beyoncé and Jay Z showed off their on-stage chemistry as they kicked off the 56th Annual Grammys with their VERY FIRST live performance of “Drunk In Love” — the duo’s infectious collaboration from Beyoncé’s newly released self-titled visual album.

A perfect way to open the biggest night in music!