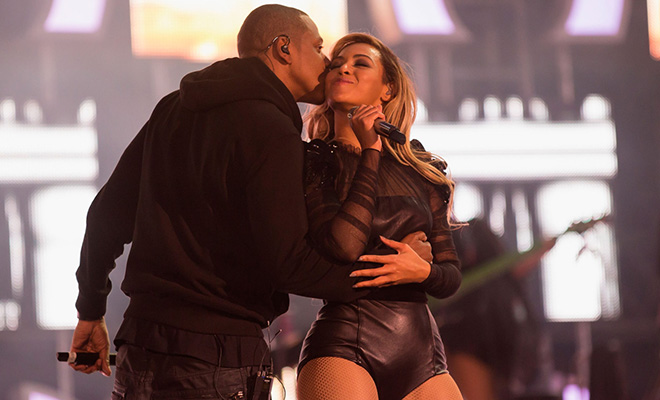 Yes, you read that big bold print right. Hot on the heels of the release of her highly celebrated fifth self-titled studio album, Beyoncé will perform at the 2014 Grammy Awards next Sunday in Los Angeles.

Following weeks of speculation, CBS, who will air the Grammys, quietly confirmed the news late Sunday night with a commercial that aired on the network, which also confirmed a performance from Beyoncé’s rap superstar husband Jay Z.

The commercial has since been removed from YouTube, however a source has confirmed with US Weekly that the married couple of nearly six years will hit the stage TOGETHER!

We’re also hearing that the duo will perform within the first hour of the show, or they could possibly open it, likely with “Drunk In Love,” their latest collaboration and the lead single from Beyoncé’s new album.