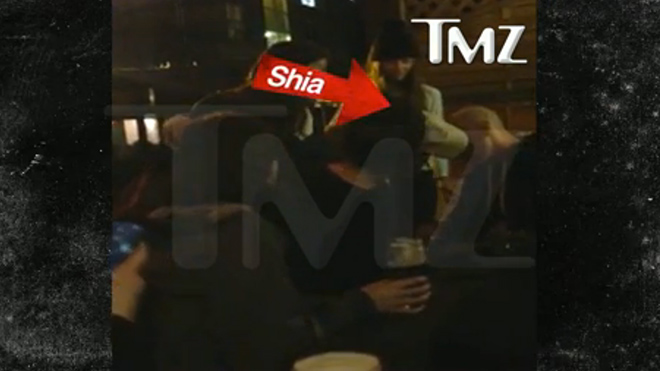 Shia LaBeouf is back to making headlines for al the wrong reasons.

The “Transformers” actor got into a brawl early Friday morning (Jan 17) at a South London pub called Hobglobin.

According to TMZ, the fight went down after a bar patron said something inappropriate about Shia’s girlfriend’s mom.

TMZ also obtained footage of the scuffle and you can clearly see Shia (with a white cap on) headbutting a bald guy.

Shia screams at the guy, “What are you saying about my girl’s mom?  Are you f**king kidding me bro?”You hear a girl — presumably the girl Shia was with — screaming his name in a plea for him to stop.

Ironically this isn’t the first LaBeouf has found himself in the middle of a bar brawl. In November of 2012 he got into a fight at the same bar.

Maybe Shia should try out for UFC fighting or something since he likes to headbutt people and fight so damn much!