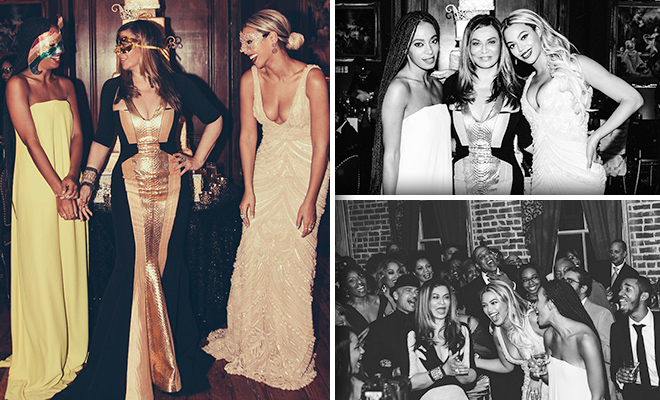 Celestine Ann Beyincé — better known to us lessers as “Tina Knowles,” mother of R&B/Pop Queen Beyoncé — turned 60 years old on January 4th, and in celebration of her birthday, her famous daughters Beyoncé and Solange threw her a huge Masquerade Ball in New Orleans last weekend.

Friends and family of the Knowles crew, including Jay Z, Kelly Rowland, The-Dream, Jennifer Hudson, Monica & her husband Shannon Brown, and even Kris Jenner were all on hand for the big party, which was held at Muriel’s Jackson Square and reportedly cost Bey and Solange more than $100,000.

Guests, including the woman of the hour, Mama Tina, along with her new “boo”, actor Richard Lawson, were spotted arriving to the shindig via horse-drawn carriage, before being escorted past screaming fans for a night of good food, good music and good times.