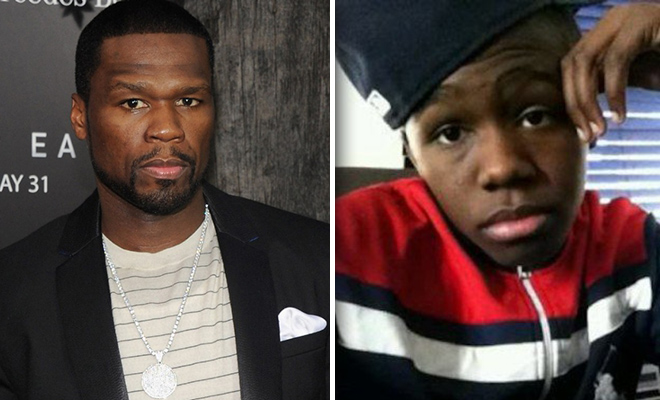 50 Cent‘s son isn’t feeling the love, apparently. The rapper’s 17-year-old son Marquise Jackson allegedly hasn’t seen his dad in nearly two years and is just finding out that he has a half-brother.

But it isn’t 50’s son whose doing all the talking … it’s his baby mama Shaniqua Tompkins.

We’re told Fiddy hasn’t even spoken to Marquise since the two had a very public falling out in January 2013 over text messages.

The fight stemmed from a botched visitation attempt — 50 claimed he showed up to Marquise’s house in Atlanta to visit, but Marquise refused to answer the door, and the texts that followed were brutal … including messages like, “F**k you stop texting me” and “I don’t have a son anymore.”

Now Marquise feels abandoned … because 50 is showering Sire with attention and hasn’t bothered to reach out to Marquise.

A rep for 50 has responded to the accusations and told TMZ that “50 is saddened by the attention-seeking tactics of his son’s mother. He remains a proud and supportive father and feels blessed to have two sons.”

A close source to 50 also told TMZ that Shaniqua hasn’t worked in ages and is using this as an attempt to get money from the rapper.

Sounds a bit similar to what’s going on with Young Jeezy right now. 2014 is already seeming like it’s going be the year of “Baby Mama Drama.”