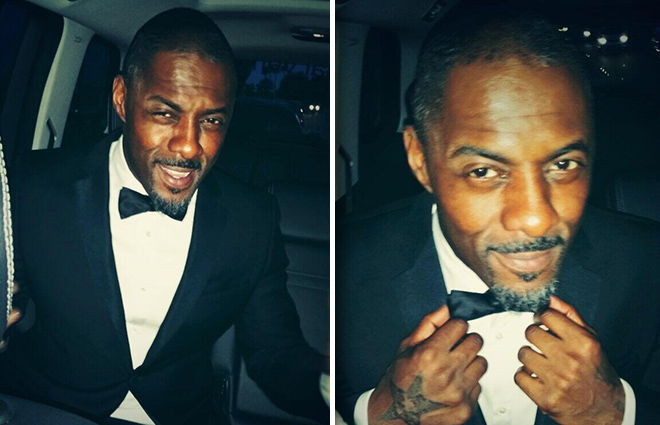 The “Mandela” actor sent his female Twitter followers (and some males too…) into a frenzy after posting a couple of photo of himself dressed up in a suit and bow tie with the captions “My Bow makes my d*ck hard every time I smile…is that normal?” and “Had fun…releasing the beast”

My Bow makes my dick hard every time I smile…is that normal? pic.twitter.com/AI6k9TOGmu

And with that, Twitter … went … off, as it always does: Shocked by the amount of attention his tweets gained, Elba later followed up with a corny azz joke about owning a bow tie company:

Wowsers! Crazy how many new followers you get when you mention the D*** If I owned a Bow tie company I’d be laughing. Dickie Bows by Driis

If any other guy would have said this, he would be a creep. A corny creep, at that … but since it’s Idris Elba, women are literally ready to “drop the draws.” Ridiculous!