GOSSIPONTHIS.COM Celebs Merry Christmas from Diddy and His Gang of Children 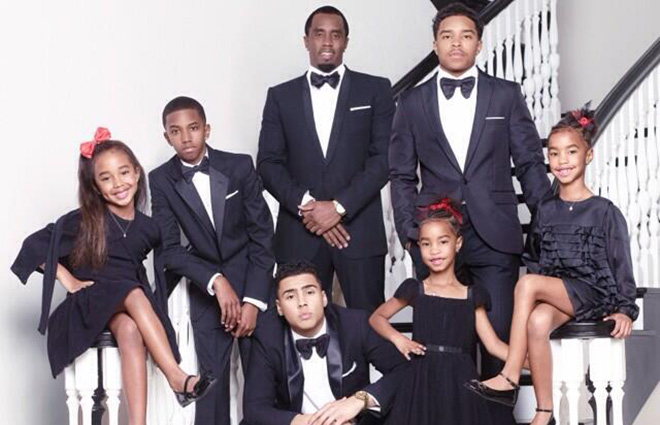 The 2013 Holiday season is in full swing and Diddy has plenty of stockings he needs to fill this Christmas since he has six children to get gifts for.

Ok, technically, only 5 of the 6 kids are his, but he lays claim to Q, his babymama Kim Porter’s son with Al B. Sure, too.

The single father of six took to social media to share his blessings with the world in a very special Christmas card photo. The whole gang, Justin, Christian, D’Lila, Jessie, Chance and Q, gathered around their father wearing their formal attire and a happy smile.

Big thank you to @NickSaglimbeni for our Christmas card. Happy Holidays from the Combs Family! pic.twitter.com/tdnuc7u2sX

While the picture is sweet, it is a little odd that NONE of Diddy’s babymamas are included in the photo. What are we supposed to believe all of these offspring came from Diddy’s nonexistent uterus?

Then again, gathering three babymamas in one room is probably a hazard to Diddy’s health and he just opted to minimize the drama. Hopefully he’ll buy them each a nice pack of Brazilian hair to make up for them not being in the Christmas card.