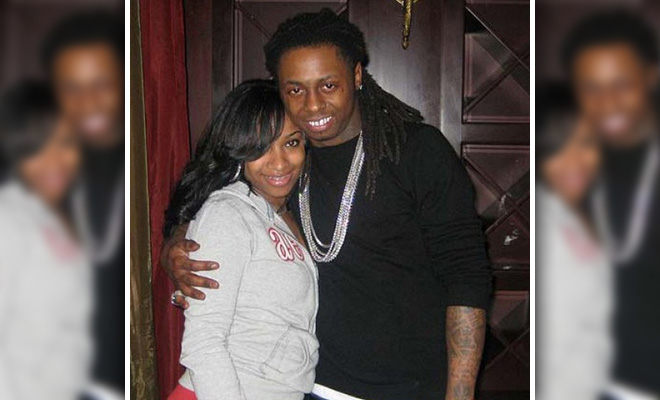 Toya Wright is sick and tired of being referred to as Lil Wayne‘s “baby mama.”

Wright, who was arrested in Atlanta last week over a “misunderstanding” over unpaid parking tickets, talked about her jail experience in an interview with Atlanta radio station Streetz 94.5 and remarked on how the way the media reported on the situation upset her.

TMZ and other news outlets (including this one) referred to Wright as Lil Wayne’s “baby mama,” which she says pissed her off because she is more than a baby mama. She’s Lil Wayne’s ex-WIFE, and she feels as though branding her as nothing more than a “baby mama” is the media’s way of disrespecting her.

“I totally get it…that’s the way I was introduced to the media, but it’s also a form of disrespect. I’m married, and for one I was married to him. If you’re going to say anything about Lil Wayne, don’t say baby mama cause he got like four of those. Say ‘ex-wife.’ Don’t address me as his baby mama cause I wasn’t that and I’m someone else’s wife now.”