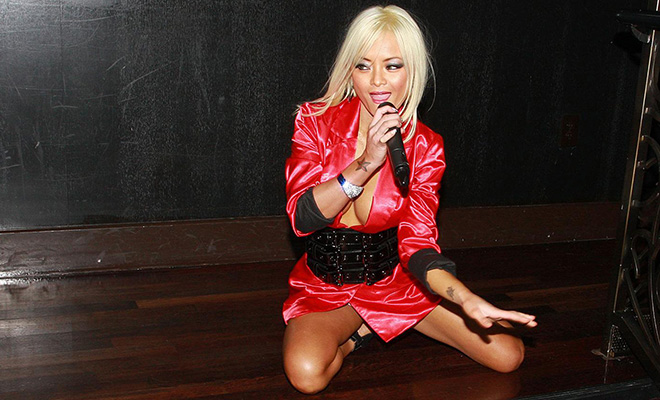 Looks like Tila Tequila is back to doing what she does best: attention-whoring.

The former reality star, who just recently received a ton of good ol’ Internet backlash for dressing up in Nazi attire, defending Hitler, and calling Paul Walker’s death a “ritualistic murder” will be starring in a new SEX TAPE.

Vivid Entertainment has obtained the footage and from what we hear it’s really “hardcore.”

This isn’t the first time Tequila — aka the Goddess Tilisis — has appeared in a sex tape , but this time she will be getting it in with a guy, instead of two girls.