GOSSIPONTHIS.COM Celebs Wale Threatens Complex Magazine for Not Including Him in “50 Best Albums... 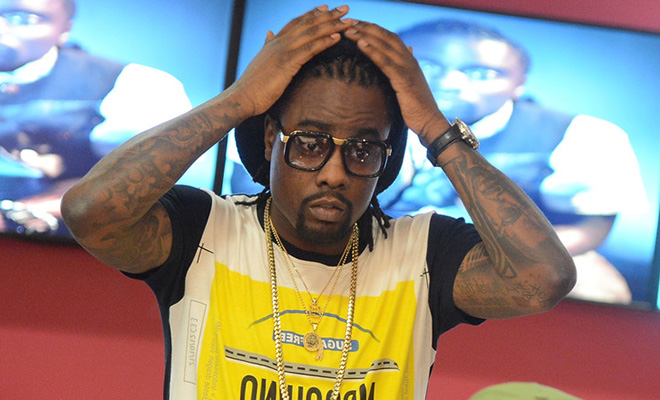 “I swear to god I’ll come to that office and start knocking n**gas the f**k out!”

Who does Wale think he is? Kanye West, or something?

The Maybach Music rapper called up Complex Magazine earlier this week, and went completely H-A-M on them for not putting his ‘The Gifted’ album on their “Top 50 Albums of 2013” list.

Complex released audio of the rapper going off today, and we must say it is EXTREMELY hilarious!

In the audio, Wale — who just didn’t understand why his project wasn’t worthy enough for inclusion on a list with not 10, 20, 30, or even 40, but 50 albums — threatens to f**k everybody up at Complex and vents about Juicy J making the cut over him.

Read the back-and-forth between Wale and one of Complex’s editors below (via Necole Bitchie):

Wale: So you think y’all being a responsible publication by continuously to f–king like, do all that petty s–t? At this point you know it’s got to be personal. I don’t want — you telling me it’s not personal, it’s like a bold face lie. To be omitted from every type of list that y’all do or be at the bottom of it or every type of way that y’all can omit me, y’all will. So I just need to know if anybody’s ready to keep it 100 with me and be like, ‘Yeah, it might be. You might have rubbed somebody wrong years ago in some way or fashion’ because I have had no interaction with the company in years. So, to be, every time, be omitted from everything that y’all do, it’s gotta be something. So, I’m trying to find out if you’re going to be the person that tells me that or you just gonna give me the song and dance.

Complex: Well, no, I’m not going to be the person that tells you that. It’s not a personal thing man. We sit –

Wale: *screaming* You mean to tell me Juicy J album is better than mine?! Is that what you trying to tell me? You mean to tell me everybody you put on that f–king list…boy don’t play me, man. I came at you civil right now but it could go completely in another direction right now. Respect me, dog. Respect me, dog. Respect the f–king culture right now, man, because right now it’s like some petty s–t going on right now, and I’m trying to get to the bottom of it in a civil manner, yo.

Complex: There’s no disrespect, man. I mean, straight up I really –

Wale: Man, f–k you, dog! You know it’s disrespect! Every f–king time, dog. I swear to god I’ll come to that office and start knocking n—as the f–k out. You want to see some ghetto ignorant s–t? That’s what y’all promote! That’s the only thing y’all promote from n—as is ghetto ignorant s–t. You want me to do that? ‘Cause right now it’s like you giving me the same song and dance like I’m a f–king idiot. You think I’m a f–king idiot? Is that what you trying to tell me?

Complex: Let me tell you something. When we make these lists we all get together. We have a big staff meeting and we debate the list for hours and we consider lots and lots of artists. More than 50 artists. Maybe a 100, maybe 200 artists –

Wale… please get your life! Not everybody is a fan of you’re music. (Actually, I don’t know many people who are fans, come to think of it…)

Stuff like this is a part of being an artist. It just comes with the territory. Grow a pair of gonads. Sheesh!